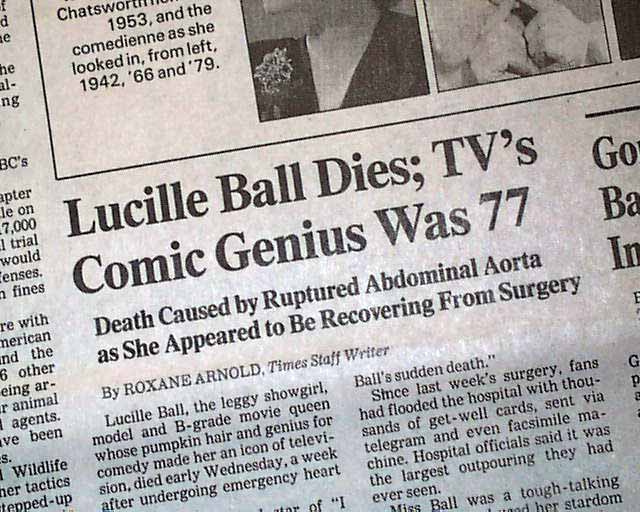 The top of the ftpg. has four photos of Lucille Ball with a ftpg. report headed: "Lucille Ball Dies; TV's Comic Genius Was 77" with a related subhead. Much more on her on page 3, including two more related photos.
Terrific to have this report in a L.A. newspaper, home of the television/film industries, home to Lucy Ball, and the city where she died.
The complete first section with pages 1-44, piece torn away at the upper right corner (unrelated) (see), otherwise very nice.