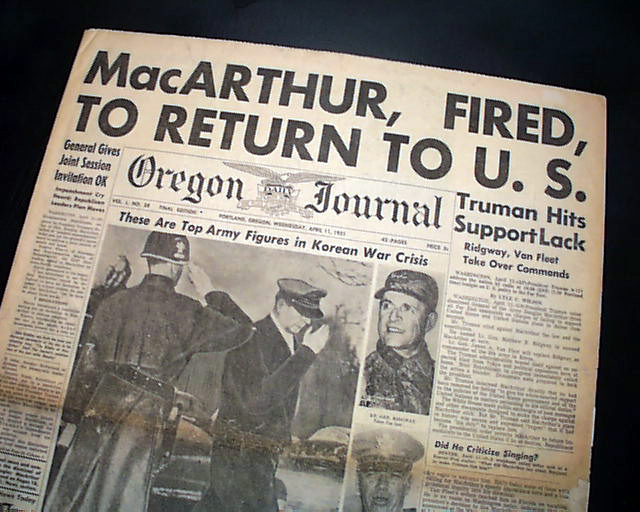 A banner headline above the masthead reports: "MacARTHUR, FIRED, TO RETURN TO U.S." with a large photo of the "Dismissed supreme Commander..." and small photos of his replacements, Ridgway and VanFleet.
The report notes near the beginning: "...dismissed General of the Army Douglas MacArthur from all Far East commands on charges of failing to support United States and United Nations plans to defeat communism...".
The complete first section (of 2) with pages 1-26, mild rubbing and toning at the central fold, generally good condition.