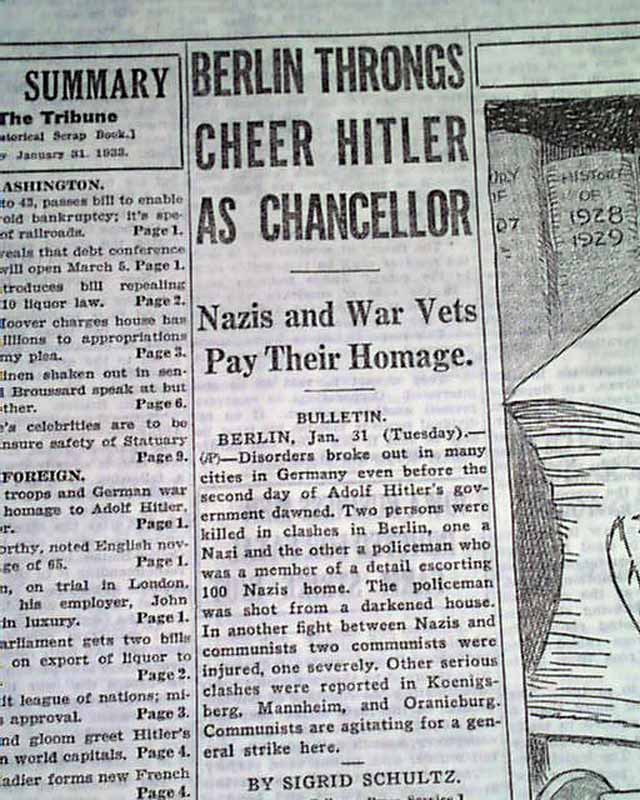 The front page has a one column heading: "BERLIN THRONGS CHEER HITLER AS CHANCELLOR" with subhead. Much more on page 4. A few related photos are on the back page. Coverage on Adolph Hitler becoming the new chancellor of Germany. This was a giant stepping stone to his eventual dictatorship and the cornerstone of the Jewish Holocaust.
Complete with 32 pages, rag edition in very nice condition. A few small binding holes along the spine.