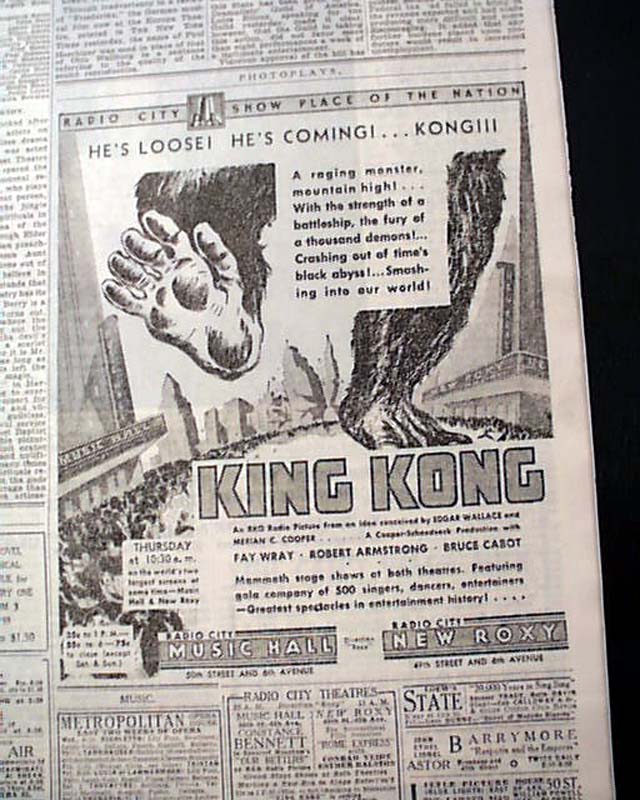 Page 15 has an advertisement for the movie King King, appearing two days prior to  the movie making it's premiere at Radio City Music Hall. A great addition for any movie memorabilia collection. The advertisement measures 7 by 6 inches.
Great to have this advertisement is in the famous New York Times & from the city featured in the film.
Complete in 40 pages, rag edition in very nice condition.