Home > Back to Search Results > Pentagon Papers exposed in 1971....
Click image to enlarge 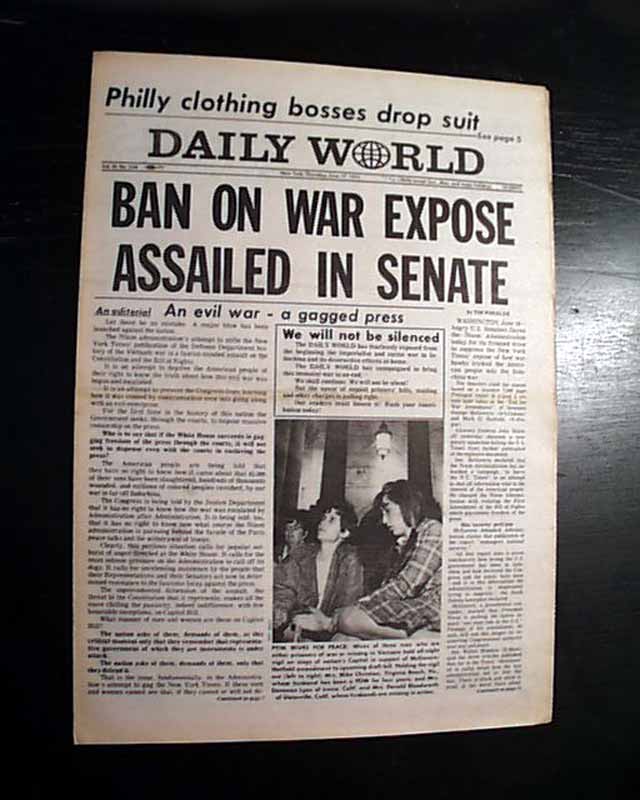 An uncommon title, being a tabloid-size newspaper with an editorial policy which reflects the views of the Communist party. This newspaper was previously known as the "Daily Worker".
The front page has a nice banner headline that reads: "BAN ON WAR EXPOSE ASSAILED IN SENATE" (see)
Inside are few articles related to Angela Davis' incarceration.
Complete in 12 pages, never bound, measures 11 1/2 by 16 inches, nice condition.