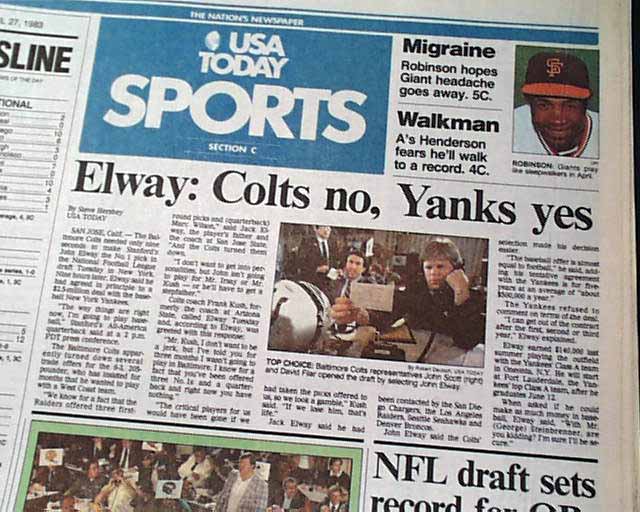 The front page of the sport's section has a five column headline: "Elway: Colts no, Yanks yes" with subhead: "NFL draft sets record for QBs" and chart listing the top 28 picks in the first round. More first report coverage inside which includes a full page chart of each teams picks including a small photo of each 1st round pick. Also of interest is Dan Marino and Eric Dickerson who were also 1st round picks. Curious that Elway was leaning towards playing MLB baseball but would eventually be traded to the Denver Broncos instead.
Complete with all sections (40 pages), very nice condition.

wikipedia notes: The draft is frequently referred to as the quarterback class of 1983, because six quarterbacks were taken in the first round—John Elway, Todd Blackledge, Jim Kelly, Tony Eason, Ken O'Brien, and Dan Marino—the highest number of first round picks for the position.