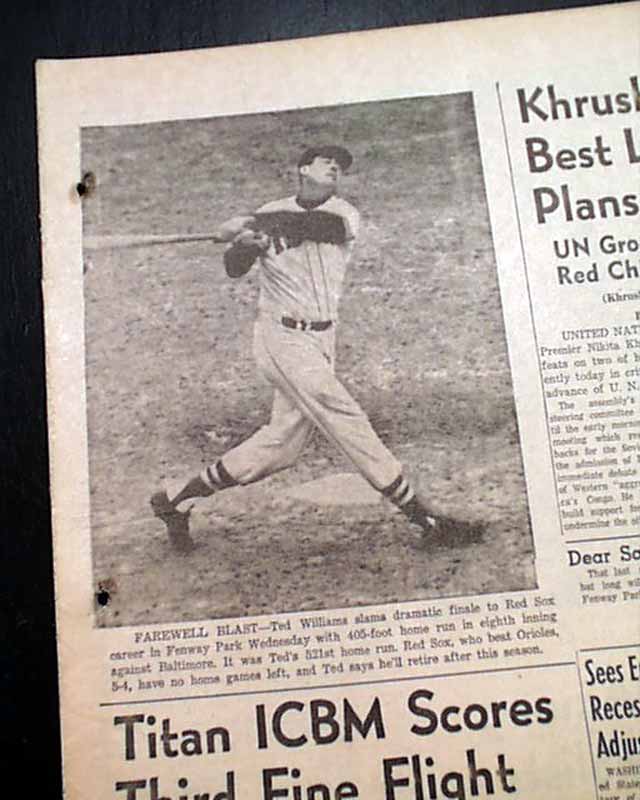 The top of the front page has a three column photo showing Ted Williams belting out a home run in his very last career at-bat with small heading: "Farewell Blast". This was known at the time as: "Ted Williams bids adieu to Boston Fans with 521st home run" He actually has three away games left in the season but chose to sit out those games. Did he sit out because he wanted his last at-bat to be a home run ? Amazing this publication put this somewhat famous photo on the front page.
Complete with 24 pages, a few small binding holes along the spine/1st column, otherwise nice.