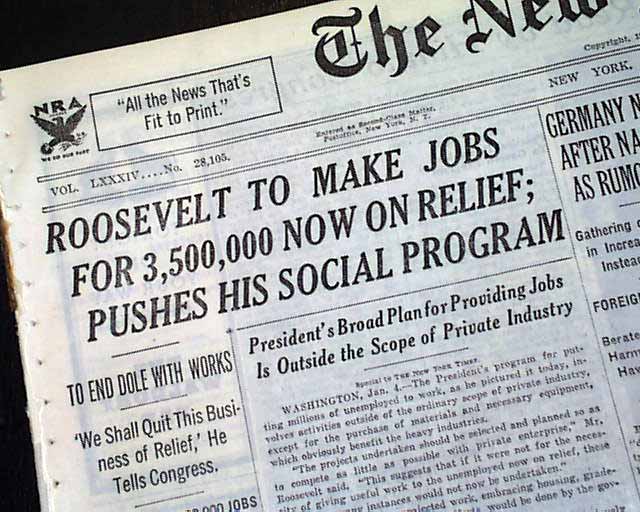 The top of the front page has a three column headline: "ROOSEVELT TO MAKE JOBS FOR 3,500,000 NOW ON RELIEF; PUSHES HIS SOCIAL PROGRAM" with many subheads. Much more on pages 2 & 3 with loads of text. First report coverage of Franklin D. Roosevelt's state of the union address in which he plans to implement the "Second New Deal".
Other news, sports and advertisements of the day. Complete in 34 pages, rag edition in very nice condition.