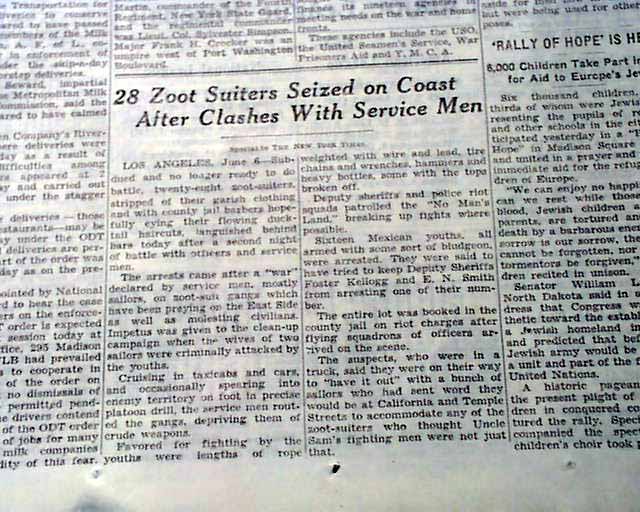 Near the bottom of page 15 is a two column heading: "28 Zoot Suiters Seizedon Coast After Clashes With Service Men".  Coverage near the beginning of the "Zoot Suit Riots" in Los Angeles, California.
Other news, sports and advertisements of the day with much on World War II. Thirty pages, rag edition in great condition.