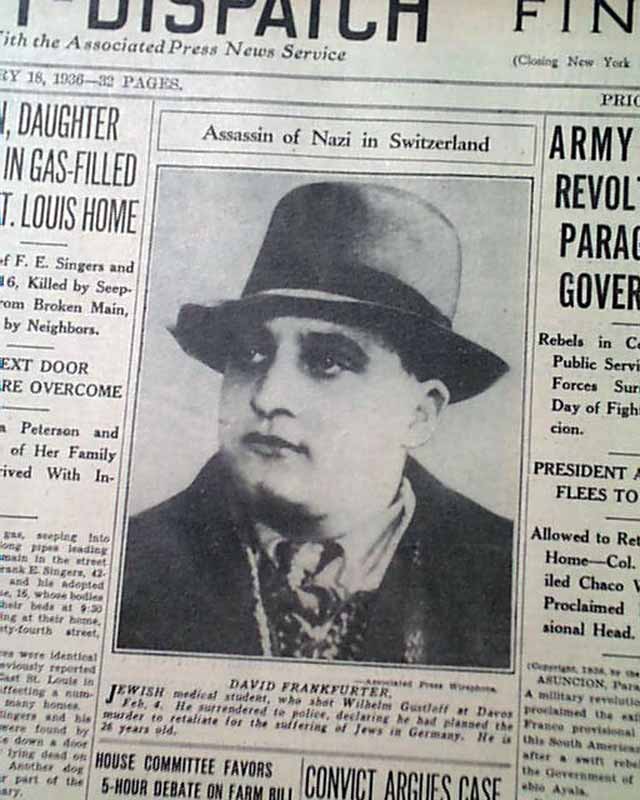 The front page has a two column photo of David Frankfurter with heading: "Assassin of Nazi in Switzerland" with brief text underneath concerning the recent assassination of Wilhelm Gustloff. (see)
Complete with 32 pages, light toning at the margins, some small binding holes along the spine, generally nice.