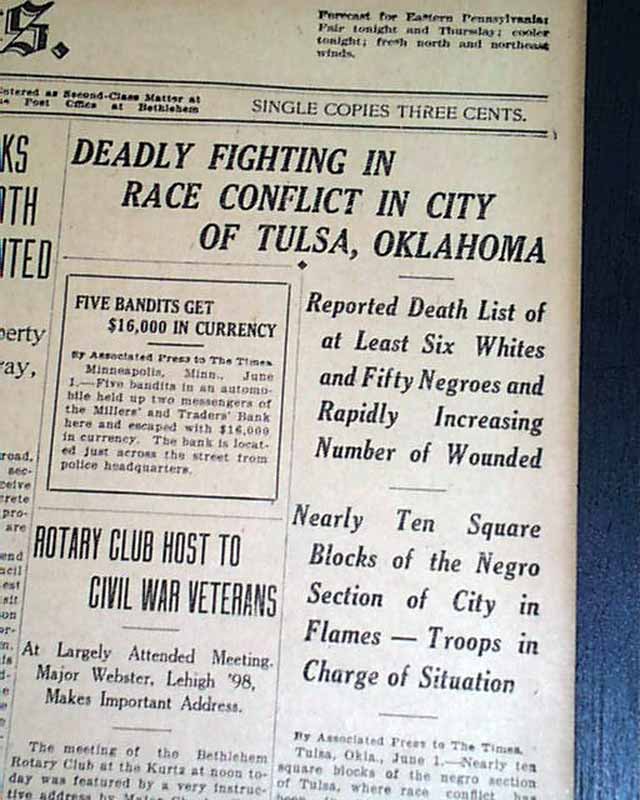 The top of the front page has a two column headline: "DEADLY FIGHTING IN RACE CONFLICT IN CITY OF TULSA, OKLAHOMA"  with subheads. (see)
Complete with 14 pages, light toning and a little wear at the margins, generally good.