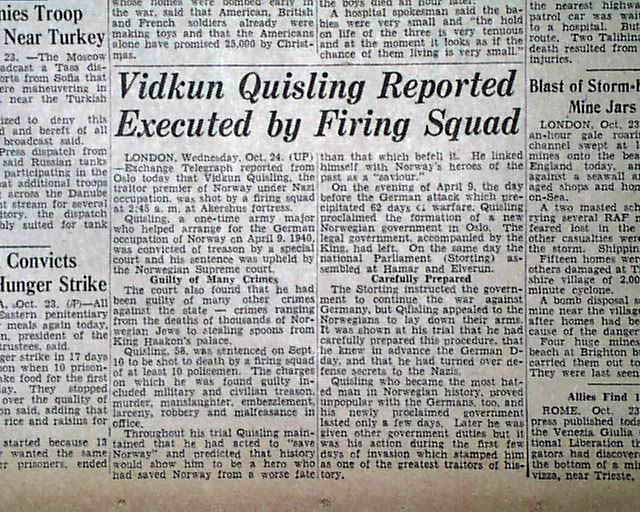 
THE MORNING CALL, Pennsylvania, Oct. 24, 1945  The front page has a 2 column article: "Vidkun Quisling Reported Executed by Firing Squad".  The Premier of Norway during the Nazi invasion was executed for, "...military and civilian treason, murder, manslaughter, embezzlement, larceny, robbery and malfeasance in office." , including, "turning over defense secrets to the Nazis".
On a much lighter note, this issue also has delightful and displayable movie ads from the era (see images for details) as well as other news of the day.
This issue is incomplete but all pages with described content are included: pgs. 1-2, 5-6, 17-20.  The issue has binding holes on the left margin which does not impact content and is in nice condition but, as with all papers from this era, should be handled gently.