Home > Battle of Vella Lavella in 1943...
Click image to enlarge 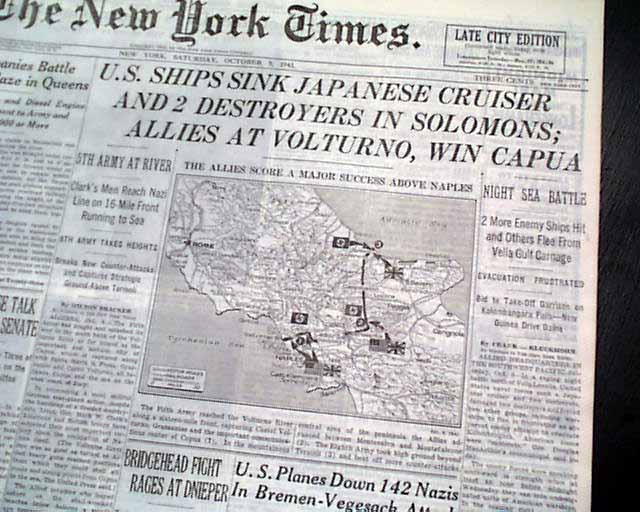 The top of the front page has a five column headline:
"U.S. SHIPS SINK JAPANESE CRUISER AND 2 DESTROYERS IN SOLOMONS" with subheads that include: "2 More Enemy Ships Hit and Others Flee From Vella Gulf Carnage" and more (see). First report coverage on the naval battle of Vella Lavella in the Solomon Islands with the Japanese during World War II.
Complete with all 28 pages, rag edition in very nice condition.