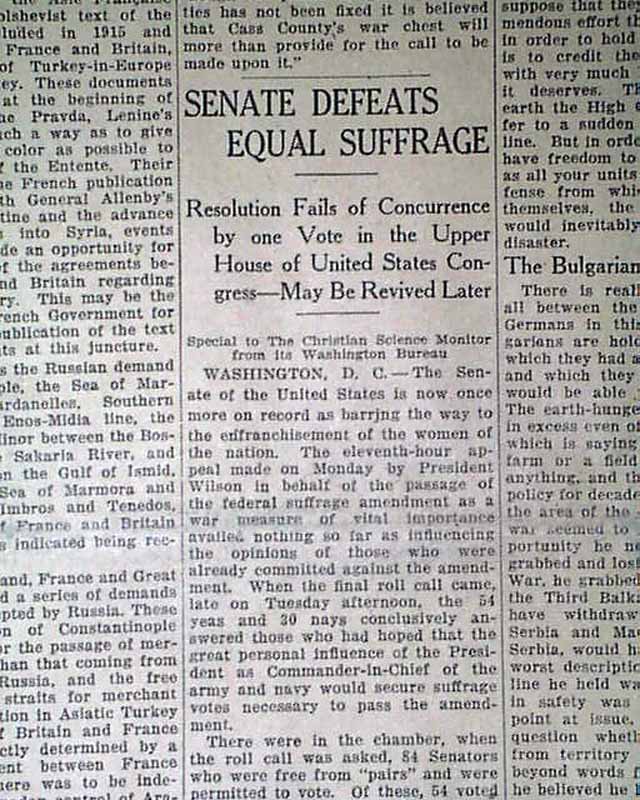 * 19th Amendment fails by one vote in Senate (see note)

The front page has one column heading: "SENATE DEFEATS EQUAL SUFFRAGE - resolution Fails of Concurrence by one Vote in the Upper House of United States Congress - May Be Revived Later".
Page 5 continues with column 3: "THE SUFFRAGE VOTE - Detail of Senate Ballot Which Defeated the Amendment" including, "The following is a record of the vote cast on the Susan B. Anthony Suffrage amendment in the United States Senate on Monday: ...".
Complete in 18 pages, and in good condition; however, papers from this era are very fragile and should be handled with care.

Note: The record will show the amendment failed by two votes, but this is a mere technicality. When the final roll call was made, the amendment failed by only 1 vote. However, a parliamentary privilege for reconsideration at a later date was set into motion when the sponsor of the bill was permitted to change his vote to a "nay" as well.