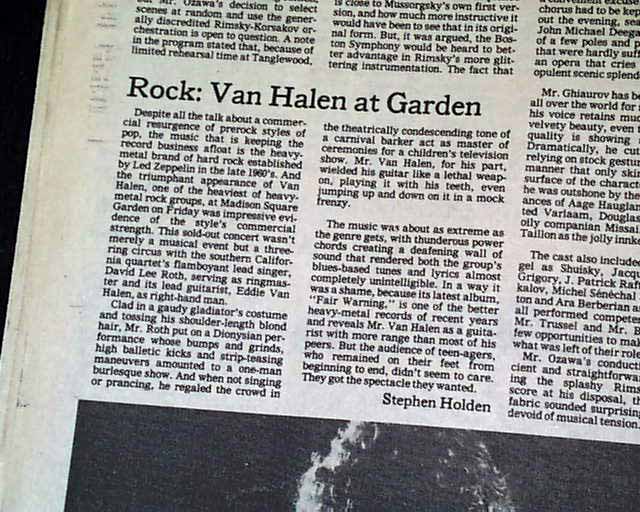 Page 14 has a two column heading: "Rock: Van Halen at Garden" which is a concert review by Stephen Holdren. This was Van Halen's very first concert at Madison Square Garden. I expect this to be an extremely rare item because their was really no reason to save it at the time.
Complete with all 30 pages, nice condition.