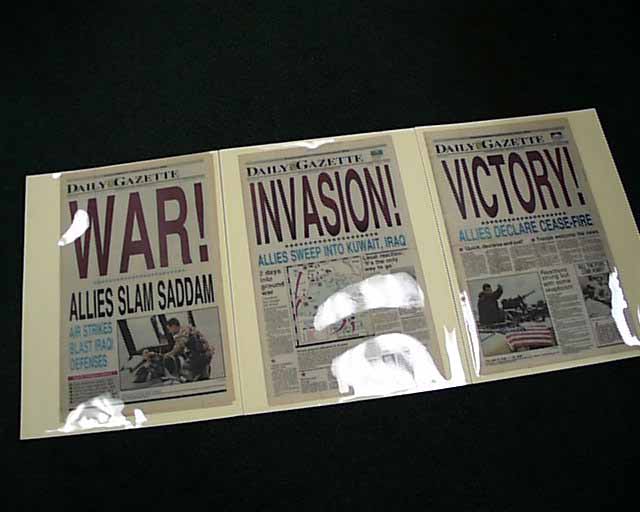 
DAILY GAZETTE, Sterling-Rock Falls, Illinois  This is a trio of exceedingly displayable issues, each formatted similarly although with individually significant headlines on Desert Storm: the beginning of the air war: "WAR!"; the beginning of the land war: "INVASION!" and the "VICTORY!" once Iraq conceded and agreed to all U.N. resolutions.
These three newspapers, dated January 17, February 25 and February 28, 1991, have to be among the most dramatic heads of the 20th century and would make a great trio of issues for side-by-side display.
All 3 issues in near mint condition and held in a custom-made three panel acid-free folder with mylar pockets to hold each issue. A rare opportunity for one of the more dramatic sets of newspapers from the 20th century.