Home > Rare title from this era...
Click image to enlarge 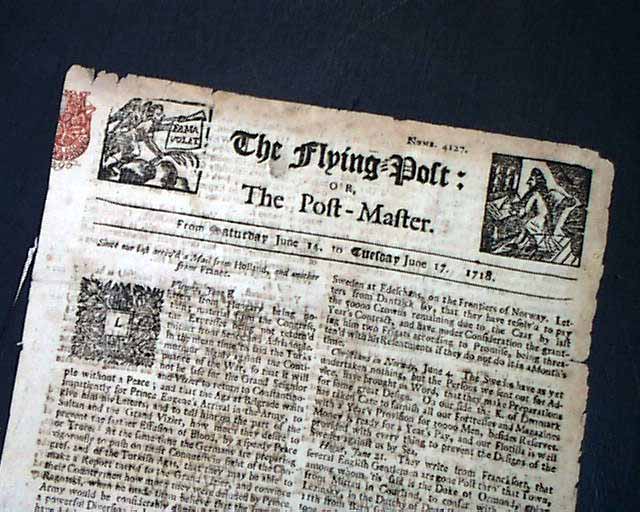 In 1695 the Licensing Act of England was allowed to lapse, which caused several newspapers to begin publication, this title being one of them. But this is certainly one of the more rare such titles as we have only offered 4 or 5 in the past 40 years.
Filled with various reports from Europe, with the ftpg. having a short bit mentioning the "Pretender" of the Jacobite Rebellion fame. The back page has some reports concerning crime, one mentioning: "...try'd and convicted at the session of the Peace...for keeping a common house of Bawdry; and thereupon the said Phillis Ransford was sentenc'd to be whip'd at the Car's Tail...".
Single sheet, 7 3/4 by 13 inches, partial tax stamp in an upper margins, minimal margin wear, good condition.