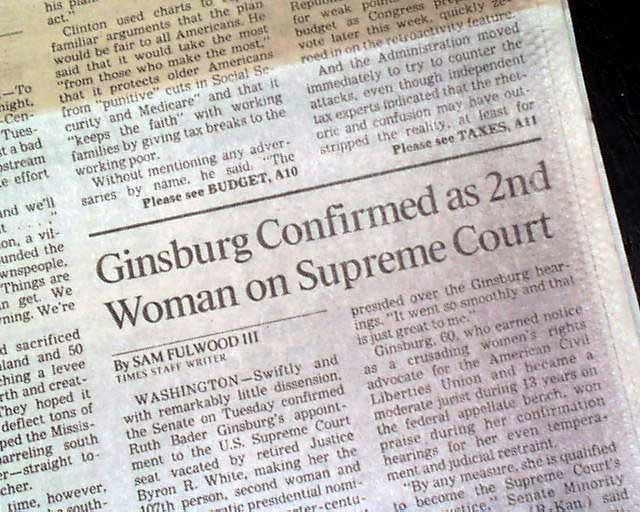 The front page has a two column heading: "Ginsburg Confirmed as 2nd Woman on Supreme Court" (see)
Complete 1sqt section only with all 18 pages, light purple toning along the right side due to the paper roll coming to an end, very nice condition.

Assassination of the former President...