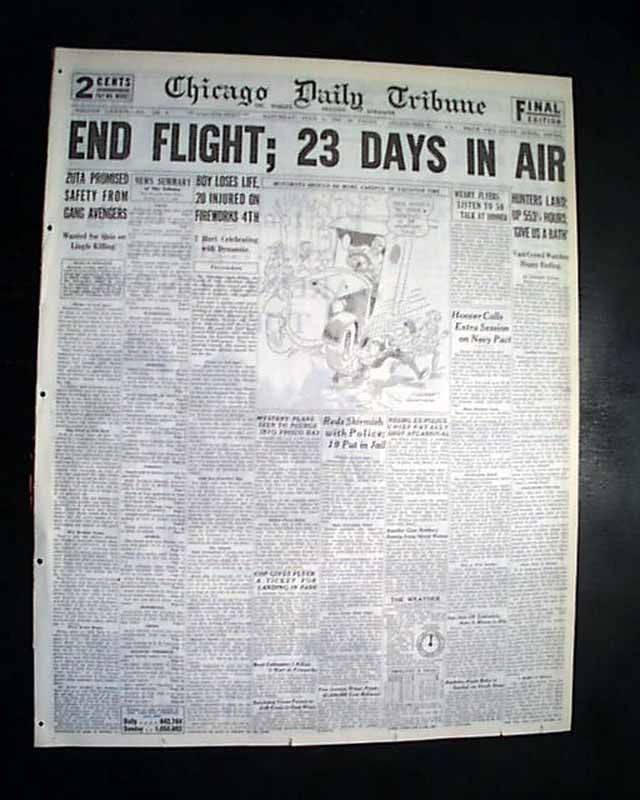 * Airplane endurance record flight
* "City of Chicago"- Stinson SM-1 Detroiter
* John and Kenneth Hunter
* Best title to be had ? - rare as such

The front page has a great banner headline: "END FLIGHT; 23 DAYS IN AIR" with subheads. Three related photos are on the back page. (see) First report coverage on the airplane endurance record flight broken by the Hunter brothers, beating the Curtiss Robin "St. Louis" flown by Dale Jackson and Forest O'Brine in 1929. Great to have in this Chicago publication, the city where this event took place. Rare as such.
Other news, sports and advertisements of the day. Complete in 20 pages, rag edition in great condition. A few small binding holes along the spine.