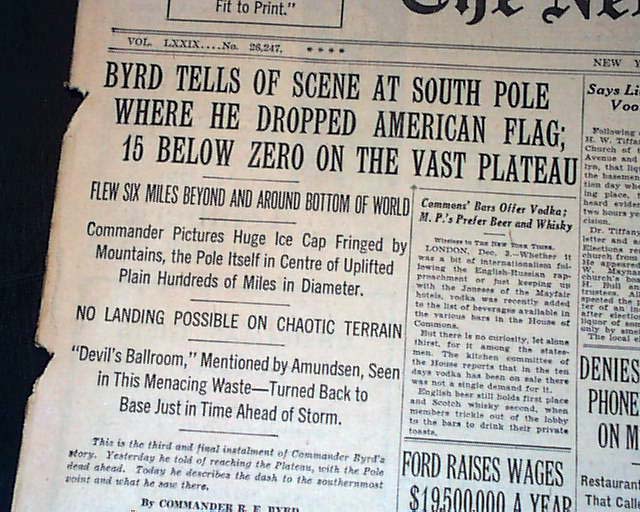 * Richard Byrd's Antarctica expedition
* Story of his flight told by him

The top of the front page has a three column headline: "BYRD TELLS OF SCENE AT SOUTH POLE WHERE HE DROPPED AMERICAN FLAG; 15 BELOW ZERO ON THE VAST PLATEAU" with subheads. (see) Lengthy text continues on page 3. Always nice to have notable events in history reported in this World famous publication.
Complete with all 64 pages, light toning, irregular along the spine, generally nice.