Home > Back to Search Results > Latest war news from the Confederacy...
Click image to enlarge 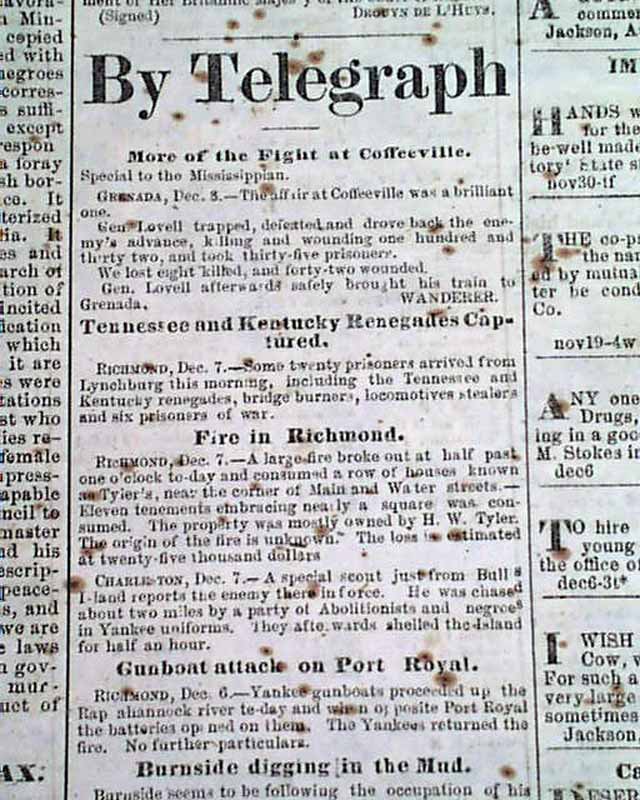 Among the articles are: "A Northern Protest Against the Atrocities of the Lincoln Government"  "Another 'Raid' by Stuart's Cavalry" "Tennessee Renegades & Bushwhackers Captured" "Successful Confederate Raid" "Letter From Granada" and other items.
Complete as a single sheet issue with a one column masthead with various advertisements. A bit of spotted foxing, generally good condition.