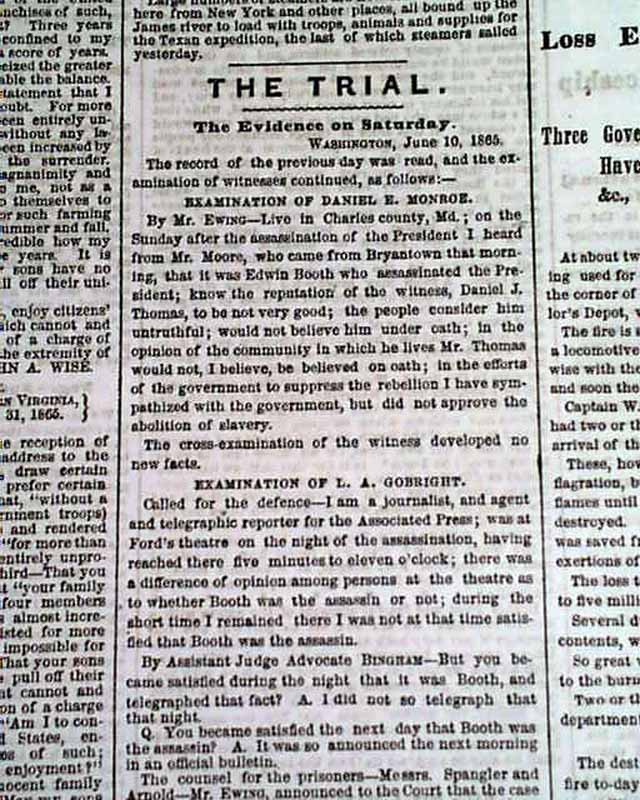 * Trial of the conspirators
* Edwin Booth ?

The front page has: "The Trial - The Evidence on Saturday" being that of the Lincoln conspirators. One bit notes: "...after the assassination of the President I heard...that it was Edwin Booth who assassinated the President..." with more
Page 2 has much on Reconstruction including: "The Blacks" "His Future Condition in the South" "The Southern Press On His Prospects" "The Suffrage Question" "Objects of the National Freedman's Relief Association" "The Maryland Apprentice System".
Eight pages, nice condition