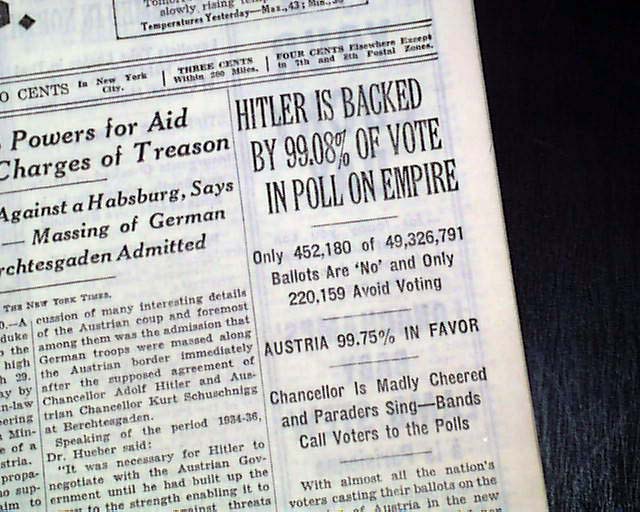 The top of the front page has a one column heading: "HITLER IS BACKED BY 99.08% OF VOTE IN POLL ON EMPIRE" with subheads. (see) First report coverage continues on page 3 with photo of Hitler casting his ballot. (see) Always nice to have notable events in history reported in this World famous publication.
Other news, sports and advertisements of the day. Complete with all 32 pages, rag edition, a little spine wear, nice condition.