Home > Stock market has its biggest gain in history...
Click image to enlarge 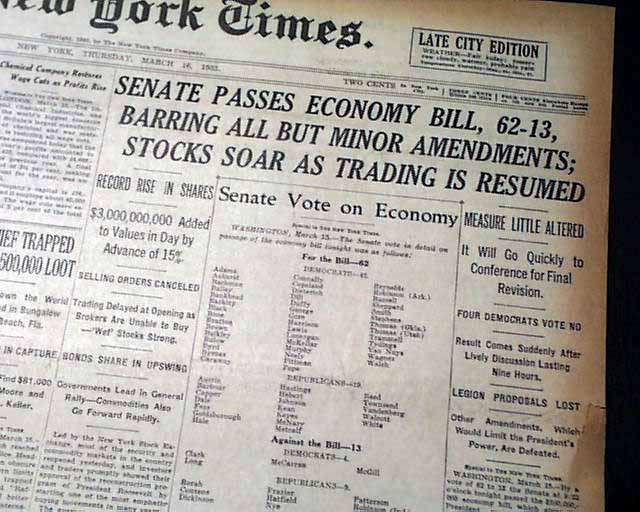 Stock market has its biggest gain in history...

While most reports on the stock market have a negative focus--"crash" days always sell well--we are pleased to offer this issue which was a bit of brightness in the midst of the Great Depression.
The Dow Jones Industrial Average had its single best day (percentage change) in history on March 15, 1933 achieving a 15.34% gain. It is this event that is reported on the front page with a headline: "...Stocks Soar As Trading Is Resumed" and subheads: "Record Rise In Shares" "$3,000,000,000 Added to Values in Day by Advance of 15%" and more (see). This event even eclipsed the 936.42 point gain on Oct. 13, 2008, which was an 11.08% gain.
Terrific to have this report in the Times, the home of Wall Street and the stock market.
Complete in 38 pages, light toning and a little wear at the margins, generally in good condition.