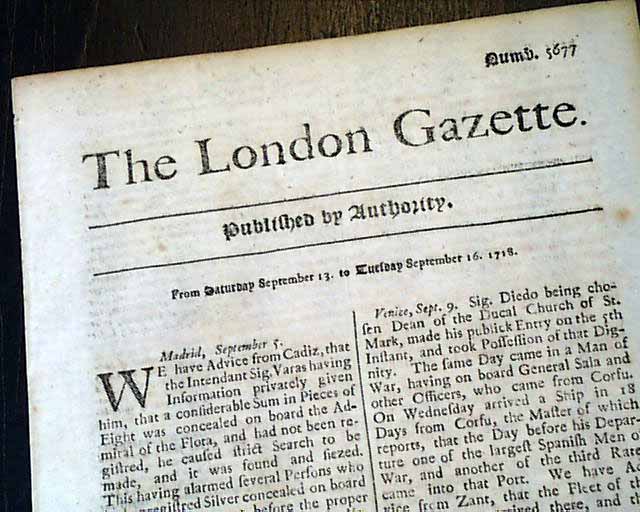 This issue is over 300 years old. Various news from London and other parts of Europe and more. This title is the oldest continuously published daily newspaper in the world which began in 1665 and is still in existence today. Also with some interesting advertisements as well.
A complete single sheet newspaper measuring about 7 by 11 1/2 inches, nice condition.