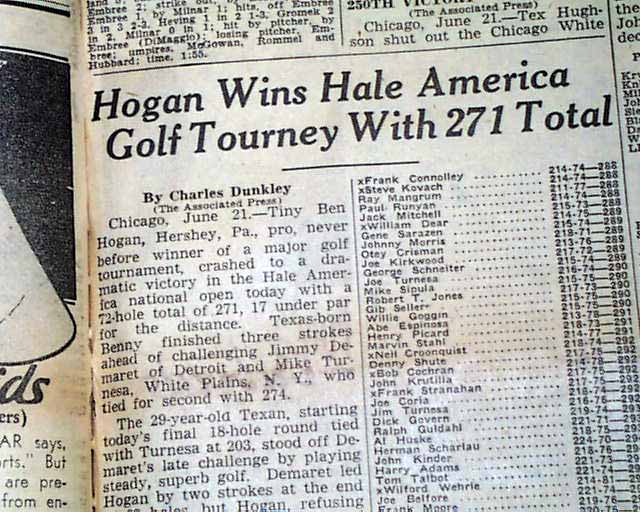 Page 15 has a two column heading: "Hogan Wins Hale America Golf Tourney With 271 Total" with leaderboard scores.
After the attack on Pearl Harbor the United States Golf Association decided that it would be improper to play the 1942 U.S. Open. The USGA together with the PGA of America and the Chicago District Golf Association sponsored the 'Hale America' Open in response to calls for a series of local tournaments to be played. It was intended to be a war-time substitute for the U.S. Open. The proceeds raised by the event benefited the Navy Relief Society and the USO.
Twenty-eight pages, light toning along central fold, piece torn away at the top right corner of front page.