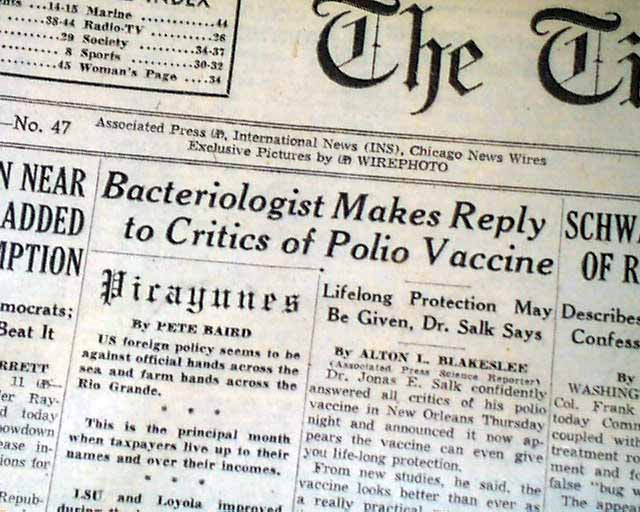 The top of the front page has a historic and early report on the success of the polio vaccine with a two column heading: "Bacteriologist Makes Reply to Critics of Polio Vaccine" with subhead. (see) This was a very early report of clinical trial successes, and it would be 13 months later that a formal announcement would be made of a definitive polio vaccine being successful.
Complete with 46 pages, a little spine wear, nice condition.