Home > Only ten issues published with this title...
Click image to enlarge 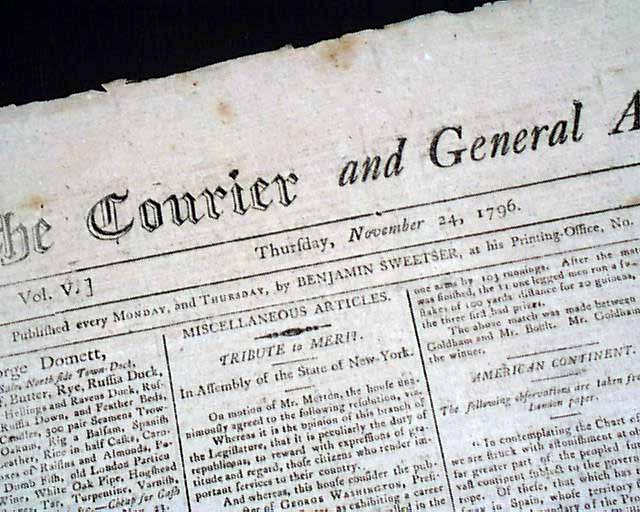 Only ten issues published with this title...

Certainly one of the less common 18th century American titles. This was the continuation of "The Federal Orrery" newspaper, changing the title to that noted with the Nov. 3, 1796 issue, and Brigham notes that the newspaper discontinued with the Dec. 8, 1796 issue.
Being a semi-weekly this would mean only about ten issues were printed with this title! Only two issues of this date are recorded in Brigham. Very rare as such.
Never bound nor trimmed, four pages, a discreet archival mend across pages 2 & 3 deter very little, generally in nice condition.