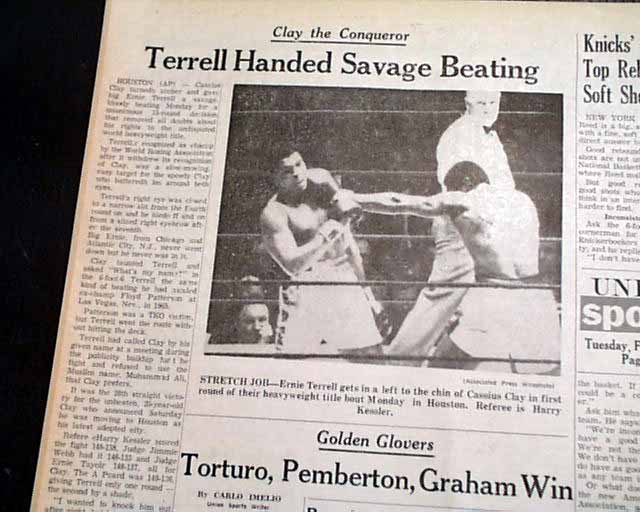 The top of the front page has a nice headline: "Clay Trims Terrell in Uneven Match" with the actual report being in the sport's section (page 22) under the heading: "Terrell Handed Savage Beating" with photo. (see)
Complete with 32 pages, tiny binding holes along the spine, nice condition. 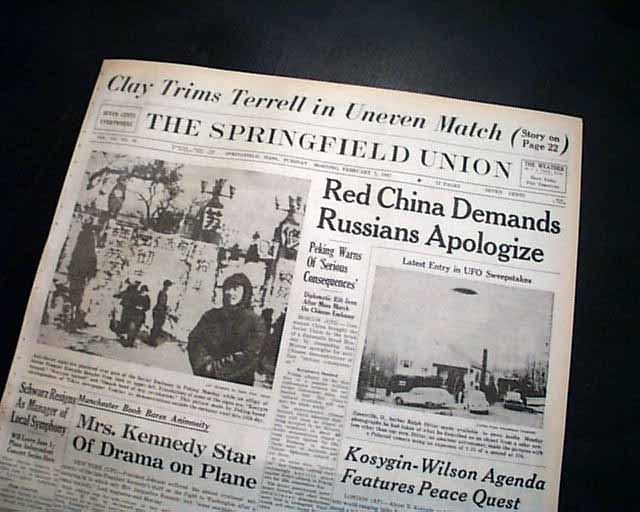 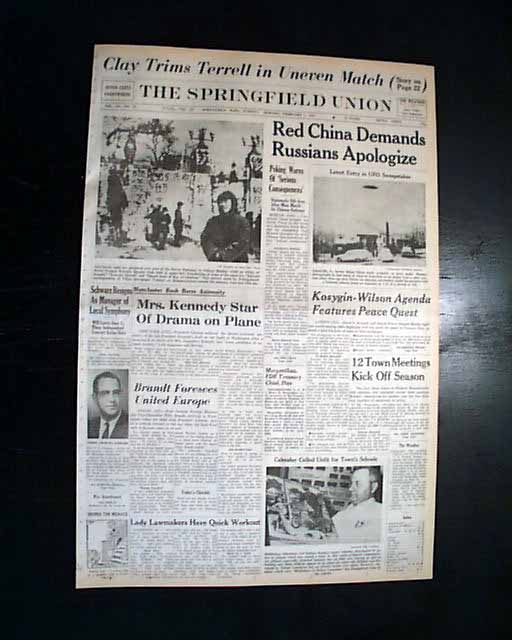 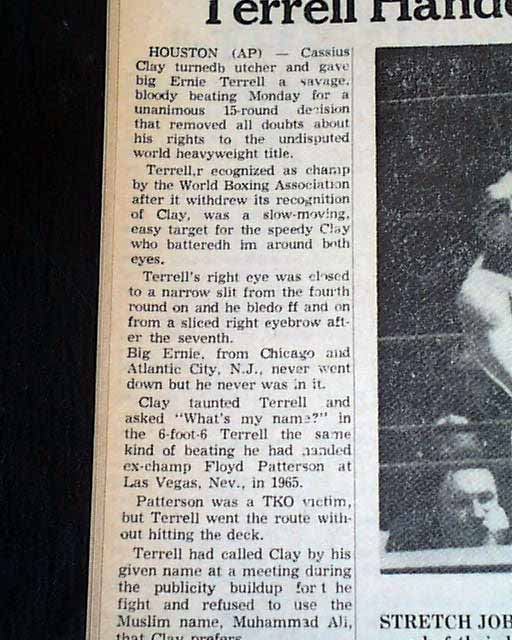 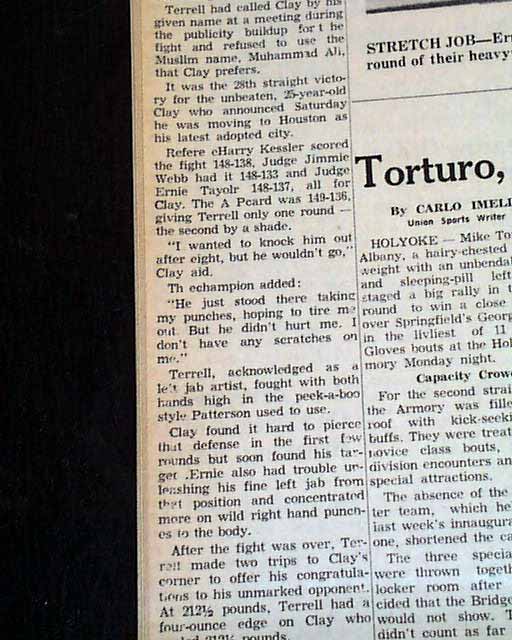 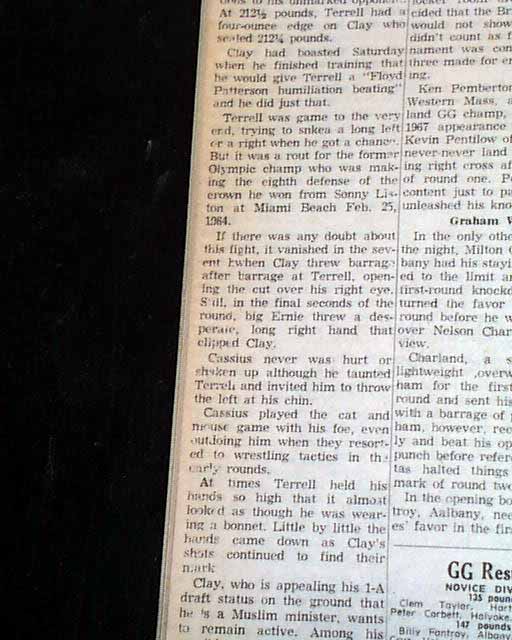