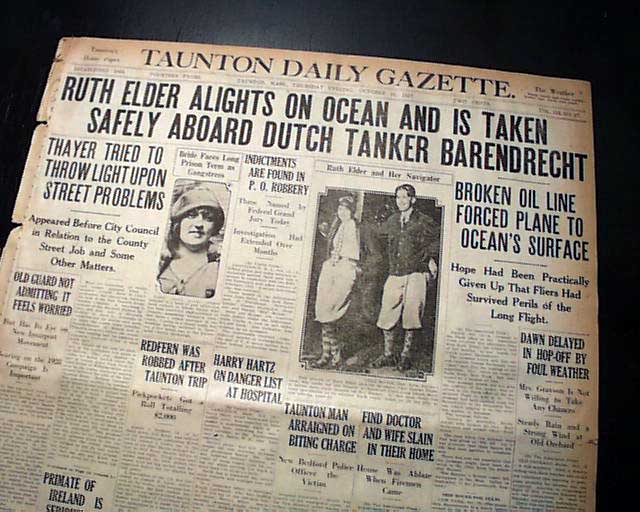 The top of the front page has a nice banner headline: "RUTH ELDER ALIGHTS ON OCEAN AND IS TAKEN SAFELY ABOARD DUTCH TANKER BARENDRECHT" with subheads and related photo. (see)
Fourteen pages, light toning and some wear at the margins, generally good. Should be handled with care.

wikipedia notes: In 1927 she took off from New York in the airplane American Girl, with her co-pilot, George Haldeman, in an attempt to become the first woman to duplicate Charles Lindbergh's transatlantic crossing to Paris. Mechanical problems caused them to ditch the plane 360 miles from land, but they established a new over-water endurance flight record of 2,623 miles. It was also at the time the longest flight ever made by a woman. She and George were honored with a ticker-tape parade upon their return.