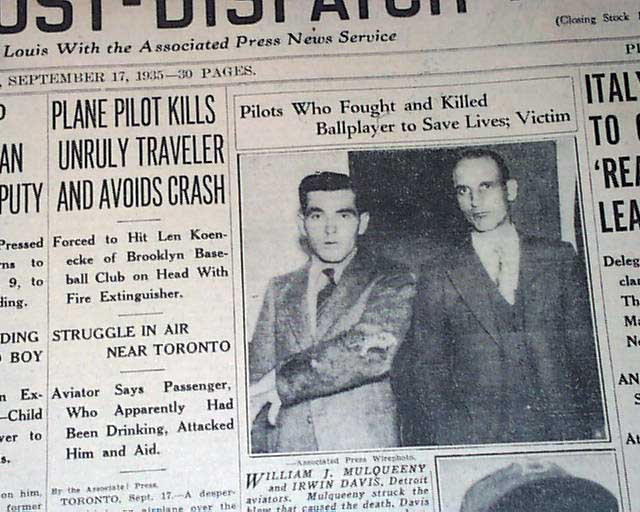 The top of the front page has a one column heading: "PLANE PILOT KILLS UNRULY TRAVELER AND AVOIDS CRASH" with subheads and two related photos. (see)
Other news, sports and advertisements of the day. Complete in 30 pages, light toning and minor wear at the margins, some small binding holes along the spine, generally nice.