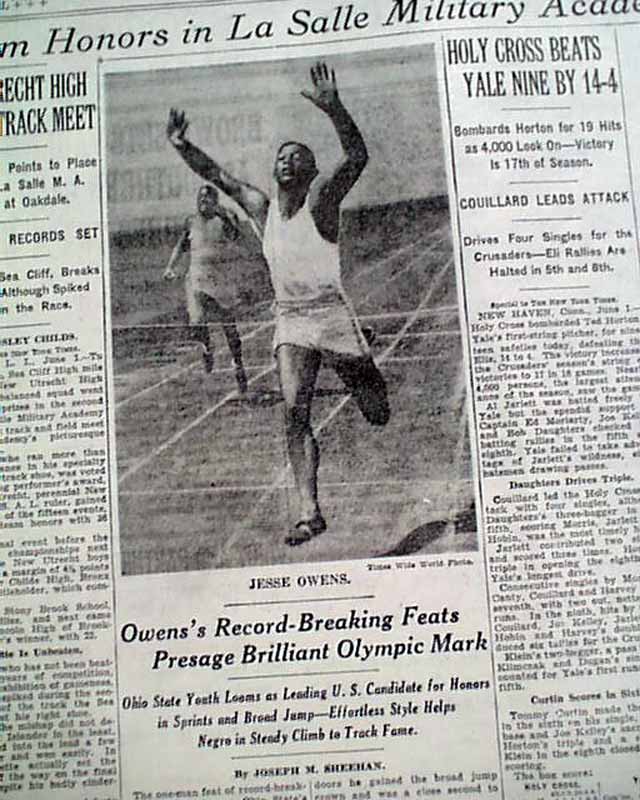 Page 2 of the section has a two column heading: "Owens's record-Breaking Feats Presage Brilliant Olympic Mark" with subhead and photo of Owens crossing the finish line. (see) This was just a week after his famous performance at Ann Arbor.
Other sporting news of the day. Complete sport's section only with all 10 pages, rag edition in nice condition.

wikipedia notes: His achievement of setting three world records and tying another in less than an hour at the 1935 Big Ten track meet in Ann Arbor, Michigan, has been called "the greatest 45 minutes ever in sport" and has never been equalled.