Home > Back to Search Results > Before our government was created...
Click image to enlarge 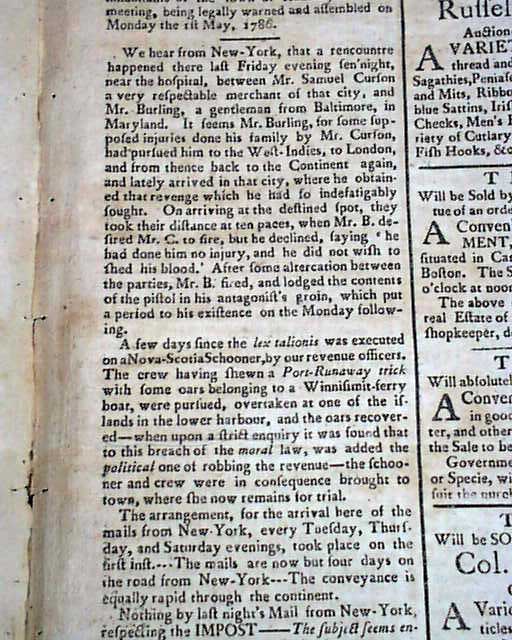 Before our government was created...

An issue from 3 years before the formal establishment of the new federal government in 1789.
In addition to editorial and news items, inside has a report of a duel fought in New York, reading in part: "...on arriving at the destined spot, they took their distance at 10 paces when Mr. B. desired Mr. C. to fire but he declined, saying 'he had done him no injury and he did not wish to shed his blood.'...Mr. B. fired & lodged the contents of the pistol in his antagonist's groin which put a period to his existence...".
Another death report has a theatrical flair, reading in part: "Last sabbath made her exit from the stormy theatre of time, without a doubt to enter into a calm scene of eternal felicity, Miss. Elizabeth Richards, aged 75...".
Four pagess, water staining at the bottom portion, otherwise good.