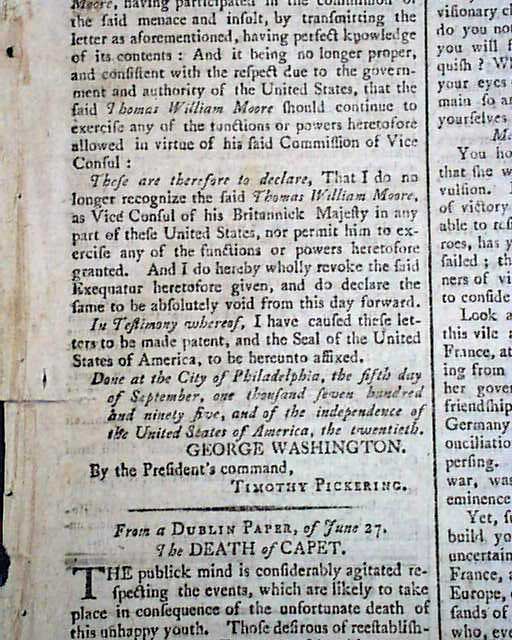 The top of the first column on the front page features a letter headed: "George Washington, President of the United States of America" which concerns him no longer recognizing Thomas William Moore as the Vice Consul from England in the United States. It is signed by the President in type: George Washington.
The front page also has: "The Death of Capet" being the 10 year old son of Louis XVI and Marie Antoinette. The balance of the front page is taken up with the continued: "Plan of a Constitution for the French Republick".
Four pages, small wear hole at a fold juncture does not affect mentioned content, otherwise good condition.