Home > The Jews in Europe...
Click image to enlarge 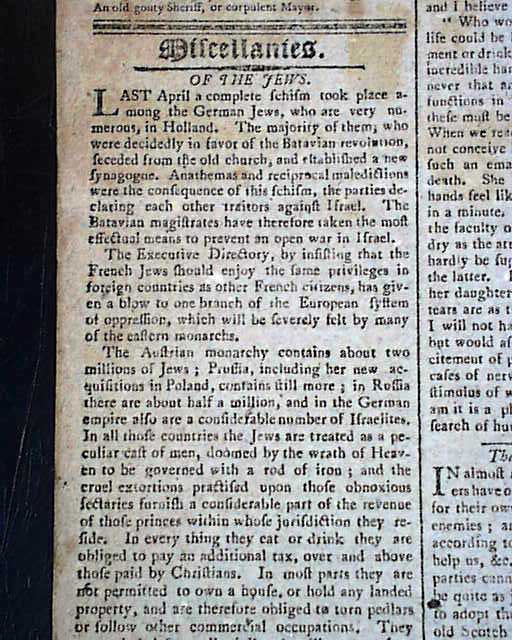 The Jews in Europe...

The back page has over half a column headed: "Of The Jews" which begins: "Last April a complete schism took place among the German Jews, who are very numerous in Holland. The majority of them who were decidedly in favor of the Bavarian revolution seceded from the old church & established a new synagogue..." with more. Other paragraphs begins: "The Austrian monarchy contains about two millions of Jews..." "It is self evident that a Jew who carries on some branch of commerce in Germany, Austria, etc. and is exempted from  all the above vexatory restrictions & oppressive taxes ...has a decided advantage..." and more.
Four pages, handsome masthead, bit of foxing, rubbing at folds cause two small holes.