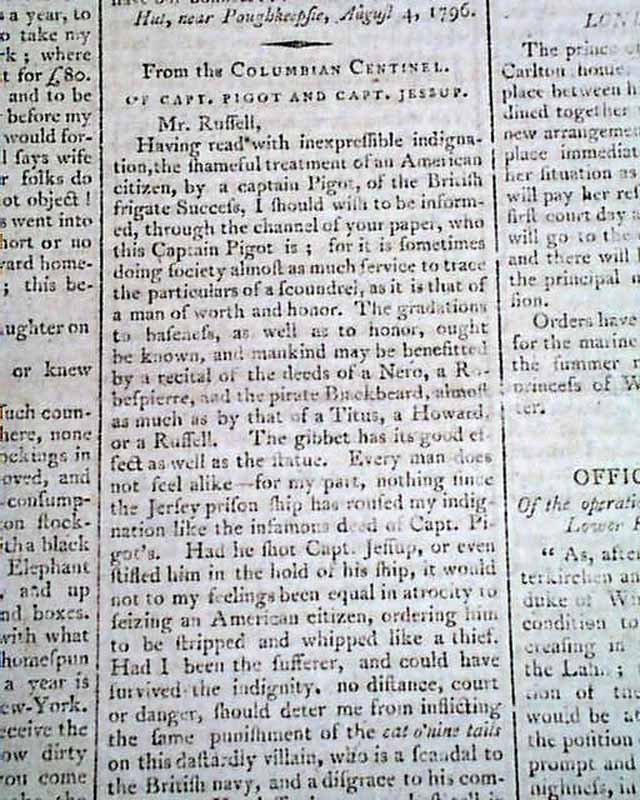 The brutality of Capt. Hugh Pigot...

The ftpg. has an interesting article by the notorious Captain Hugh Pigot of the British Navy, concerning cruelty towards Americans. Within a year his reputation for brutality would provide his men to mutiny, one of the bloodiest in the history of the Royal Navy, causing the death of Pigot and 9 of his officers.
Page 2 has 3 letters signed by Buonaparte, on his latest military efforts in Europe.
Four pages, very nice condition.