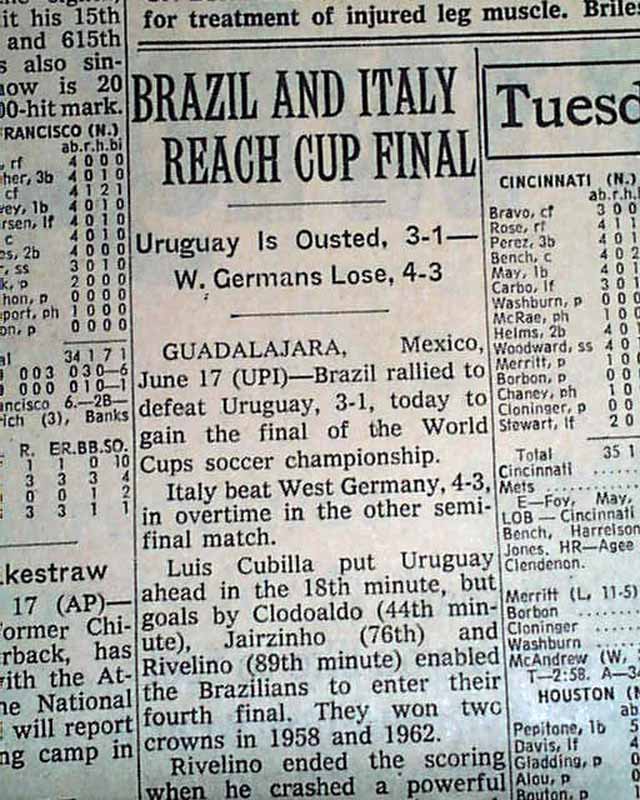 The sport's section (page 60) has one column headings: "BRAZIL AND ITALY REACH CUP FINAL" "Uruguay Is Ousted, 3-1--W. Germans Lose, 4-3" See image for text here. 1st report coverage on the semi-final game of the 1970 FIFA World Cup. This match is known in the soccer World as the 'Game of the Century'. With soccer being a somewhat unknown sport in the United States at the time, it is exceedingly difficult to find any reports of the World Cup in American newspapers, coverage lacking in several major city publications.
Other news, sports and advertisements of the day. Complete in 80 pages, minor margin wear on the front page, very nice condition.