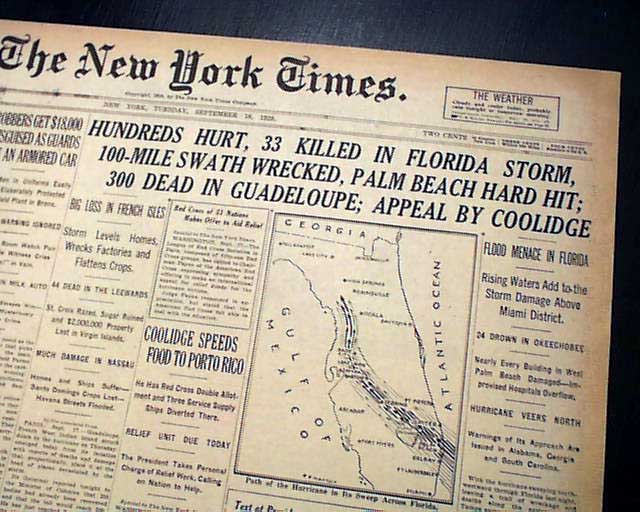 The top of the front page has a five column headline: "HUNDREDS HURT, 33 KILLED IN FLORIDA STORM, 100-MILE SWATH WRECKED, PALM BEACH HARD HIT; 300 DEAD IN GUADELOUPE; APPEAL BY COOLIDGE" with subheads and related map. (see) Lengthy coverage continues inside. Always nice to have notable events in history reported in this World famous publication.
Other news, sports and advertisements of the day. Complete in 60 pages, a few small binding slits along the spine, nice condition.