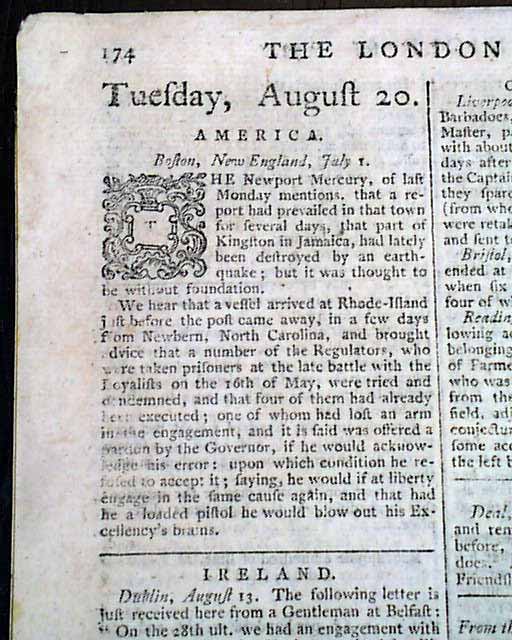 Inside under: "America" is a report: "...from Newbern, North Carolina, and brought advice that a number of the Regulators, who were taken prisoners at the late battle with the Loyalists on the 16th of May, were tried and condemned and that four of them had already been executed...was offered a pardon by the governor, if he would acknowledge his error upon which condition he refused to accept it...if at liberty engage in the same cause again, and that had he a loaded pistol he would blow out his Excellency's brains."
The back page has a list: "...of the killed and wounded among the Loyalists in the action between them and the Regulators at Almance on May 16..." and what follows is a list of names.
Eight pages, 8 by 11 inches, a few ink smears, nice condition.