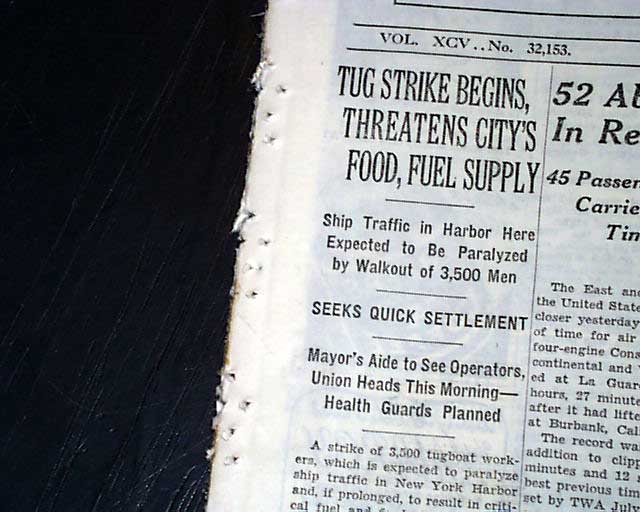 The top of the front page has a one column heading: "TUG STRIKE BEGINS, THREATENS CITY'S FOOD, FUEL SUPPLY" with subheads. (see)
Complete with all 38 pages, rag edition in nice condition.

wikipedia notes: During the strike wave of 1945–46 a strike of almost 3,500 tugboat workers occurred in February of 1946. The expectations of the strike were to bring the world's busiest harbor to a virtual standstill. Captain William Bradley, president of Local 333, United Maritime Division, International Longshoremen's Association, stated two days before the actual strike that a strike vote had been taken the previous week-end, during a breakdown of negotiations with the Employers Wage Adjustment Committee, which represents the owners and operators in this port.