Home > Ratification of the Prohibition amendment...
Click image to enlarge 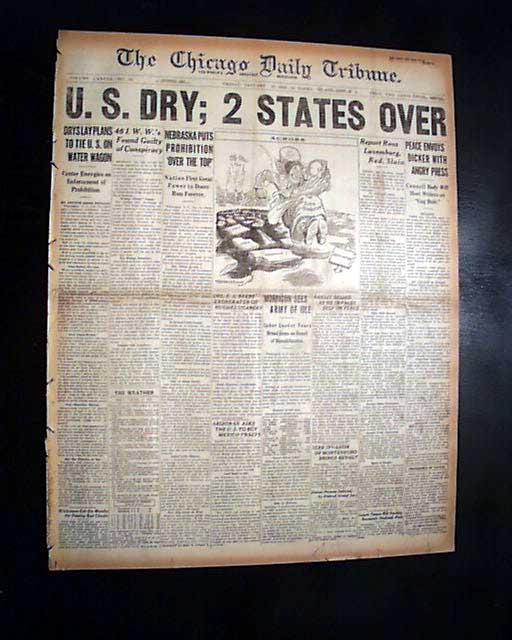 The front page has a terrific banner headline: "U. S. DRY; 2 STATES OVER" with subhead. Nice for display. First report coverage on Nebraska formally ratifying the 18th amendment to the Constitution & causing Prohibition to take effect the next  year. Always nice to have notable events in history reported in this World famous publication.
Complete with all 24 pages, light toning and a little wear at the margins, mainly along the spine, generally in good condition.