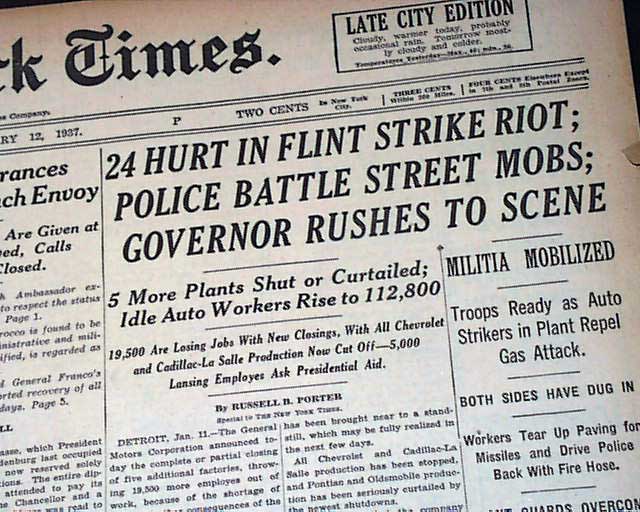 The top of the front page has a three column headline: "24 HURT IN FLINT STRIKE RIOT; POLICE BATTLE STREET MOBS; GOVERNOR RUSHES TO SCENE" with subheads. (see) Always nice to have notable events in history reported in this World famous publication.
Other news, sports and advertisements of the day. Complete in 46 pages, light toning and minor wear at the margins, generally very nice.