Home > Back to Search Results > Battle of the Bulge prelude... Patch & Patton...
Click image to enlarge 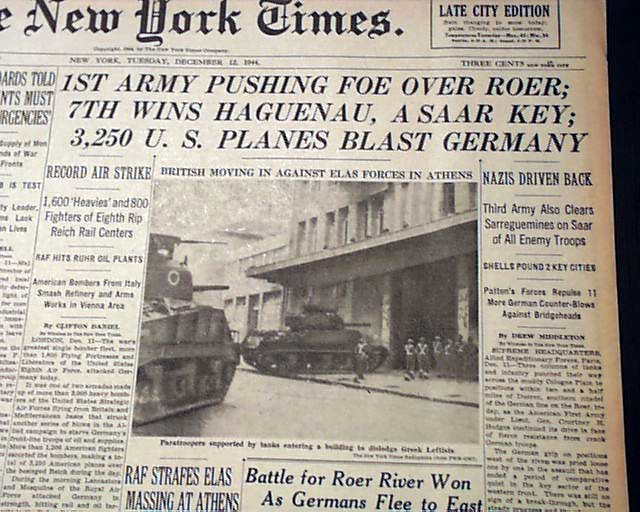 The top of the front page has a five column headline: "1ST ARMY PUSHING FOE OVER ROER; 7TH WINS HAGUENAU, A SAAR KEY" with subheads that include: "Patton's Forces Repulse 11 More German Counter-Blows Against Bridgeheads" and more. Related map on page 4. See photos for partial coverage of Generals Patch & Patton's movements within a week prior to the Battle of the Bulge.
Other news, sports and advertisements of the day with much more on World War II. Complete in 40 pages, light toning at the margins, nice condition.