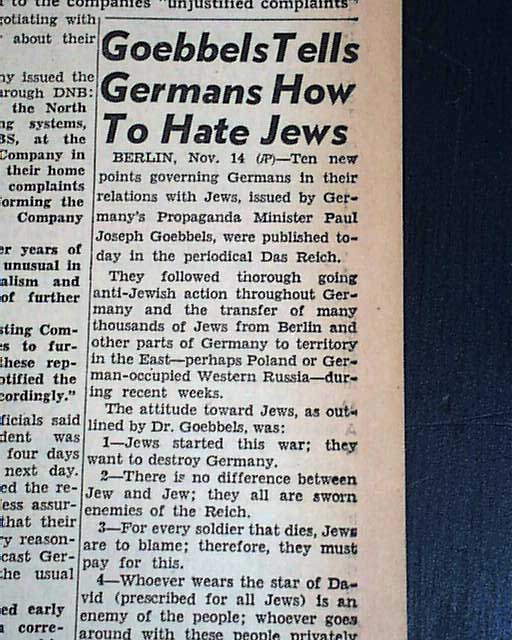 Although the banner headline: "JAPAN SPEEDS WAR MOVES" is interesting, as it was just 3 weeks before the bombing of Pearl Harbor, perhaps the most intriguing article appears a bit inconspicuously on page 3 with one column headline: "Goebbels Tells Germans How To Hate Jews". It includes a list of ten "reasons" to hate them. An incredible article giving a glimpse into the social & cultural climate of Nazi Germany.
Complete in 26 pages, very nice condition.