Home > Report of a slave insurrection near Charleston...
Click image to enlarge 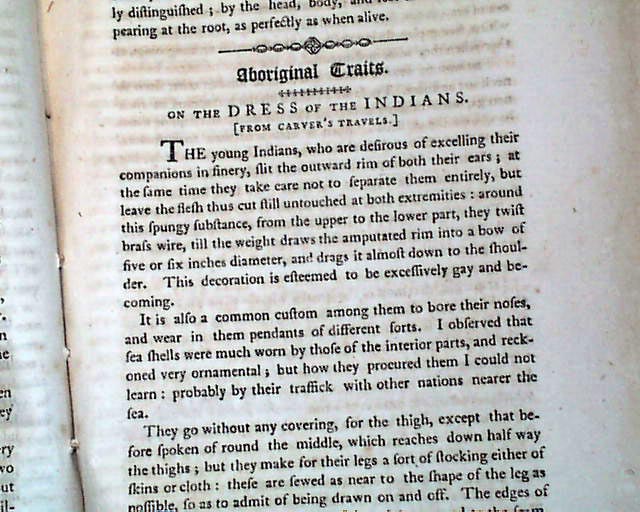 Articles within include: "On the Dress of the Indians" "Various Traits of the Africans" & much more
Near the back is the "Monthly Gazette" with news reports including much on the French Revolution, plus: "Domestick Occurrences" which includes headings such as: "Territory South of the Ohio" "Creek Indians" "Intended Duel" "Villany" "Meditated Insurrection" which reports of a slave insurrection at Charleston.
Lacking the plate called for.
Complete in 64 pages, never bound nor trimmed with original wide margins, wear & tears at the margins with the back leaf partially damaged, affecting some words in the "Meditated Insurrection" article.