Home > The capture of the Northland and Paducah...
Click image to enlarge 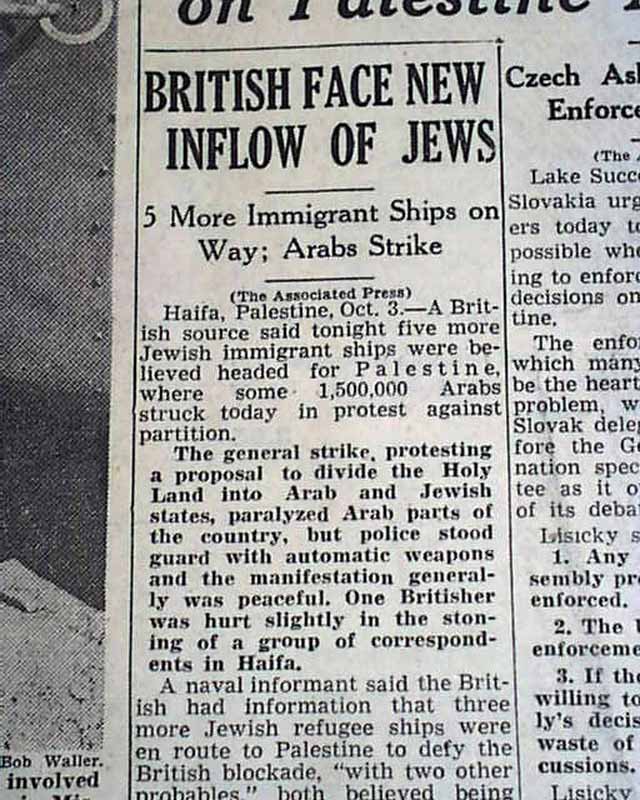 The capture of the Northland and Paducah...

The front page of this issue speaks of the capture of the Northland and the Paducah - two ships attempting to smuggle Jewish refugees into Palestine. The international attention these events generated, along with the accounts of similar ships of refugees, are believed by many to have brought overwhelming pressure upon the United Nations to declare Statehood for Israel in 1948. Morry Lewis, the helmsman for the Northland, later stated: "The United Nations voted for a Jewish state because of the pressure we brought to bear - all of those ships crammed with people trying to get to Palestine... These ships played a big role in the vote for getting a Jewish state." The one column heading reads: "BRITISH FACE NEW INFLOW OF JEWS" with subhead. (see)
Complete issue with all 22 pages, light toning along central fold, minor spine wear, otherwise nice.