Home > Acknowledging the end of the War of 1812...
Click image to enlarge 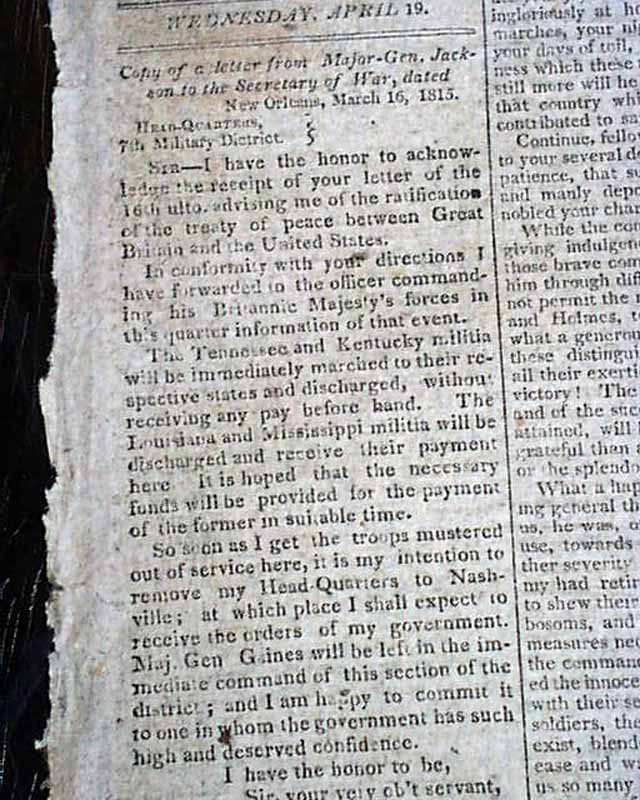 The front page begins with a letter from Gen. Jackson to the Sec. of War acknowledging receipt of the Secretary's letter about the signing of the peace treaty between the U.S. and Great Britain ending the War of 1812, signed in type: Andrew Jackson. Curiously, the historic Battle of New Orleans, led victoriously by Jackson, was fought after the peace treaty was signed.
This is followed by the "General Orders" dismissing the various militia, also signed in type: Andrew Jackson.
Much other content concerning the War of 1812 as well.
Four pages, good condition.