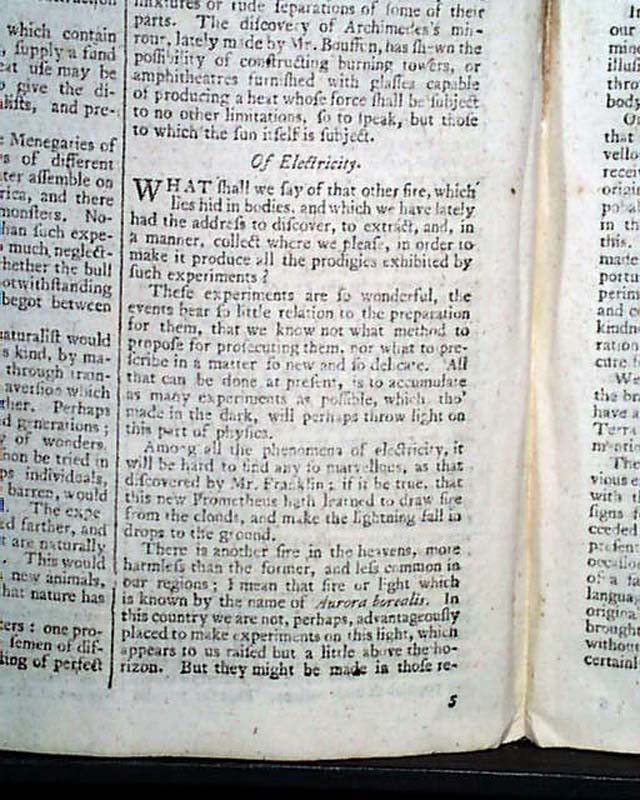 Pages 4 and 5 contains text from a work: "...On the Advancement of Science" which includes sections on medicine, experiments on animals, metaphysical experiments, etc. as well as a section: "Of Electricity". In this latter section are reports on Benjamin Franklin's experiments including: "...Among all the phenomena of electricity it will be hard to find any so marvelous as that discovered by Mr. Franklin; if it be true, that this new Prometheus hath learned to draw fire from the clouds and make the lightning fall in drops to the ground..." which seems to talk of his lightning rod. See for more.
The piece on medicine has a curious beginning: "Physicians are often accused of being rash; I think they are rather timid. They confine themselves to a small number of medicines which have not the virtues ascribed to them; and never try others, that perhaps might prove efficacious. All our specifics we owe to chance and to savages; not one to physicians....".
Eight pages, 8 1/2 by 11 inches, two tiny binding holes within blank margin, nice condition.