Home > Sinking of the Titanic... A scientific examination...
Click image to enlarge 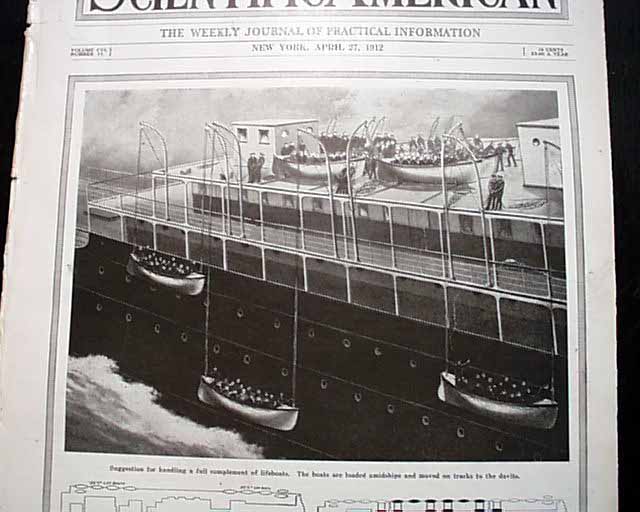 Sinking of the Titanic... A scientific examination...

The front page has: "Loss Of The White Star Liner Titanic" which includes a 6 3/4 by 8 3/4 illustration captioned: "Suggestion for handling a full complement of lifeboats. The boats are loaded amidships and moved on track to the davits." Included on the ftpg. are small diagrams of the boat deck, plus a plan of the boat deck, and a larger diagram showing a longitudinal cross-section of the Titanic.
Related reports inside: "What We Know About Icebergs" and "Wreck of the White Star Liner Titanic--How the World's Greatest Steamship Went Down with 1600 Souls" which includes four photos, plus an illustration of how an iceberg might have damaged the hull of the ship.
An interesting issue providing a scientific analysis of this famous tragedy rather than the dramatic presentations that appeared in the daily newspapers.
Twenty pages, archival repair near the spine on page 2 and other archival & non-archival repairs inside.