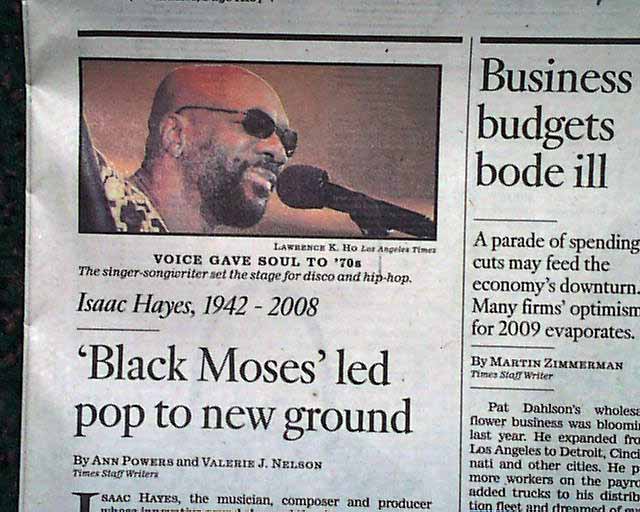 The front page has: Isaac Hayes, 1942-2008 - 'Black Moses' led pop to new ground," which tell of the death of Isaac Hayes, and includes a photo and supporting text. The article continues on pg. A12, which in dedicated to him in its entirety, and includes multiple photos.
A special section, "BEIJING 2008," has considerable coverage of the Summer Olympics.
The issue is in good condition and is believed to be complete with multiple sections, but it is being offered for the described content. 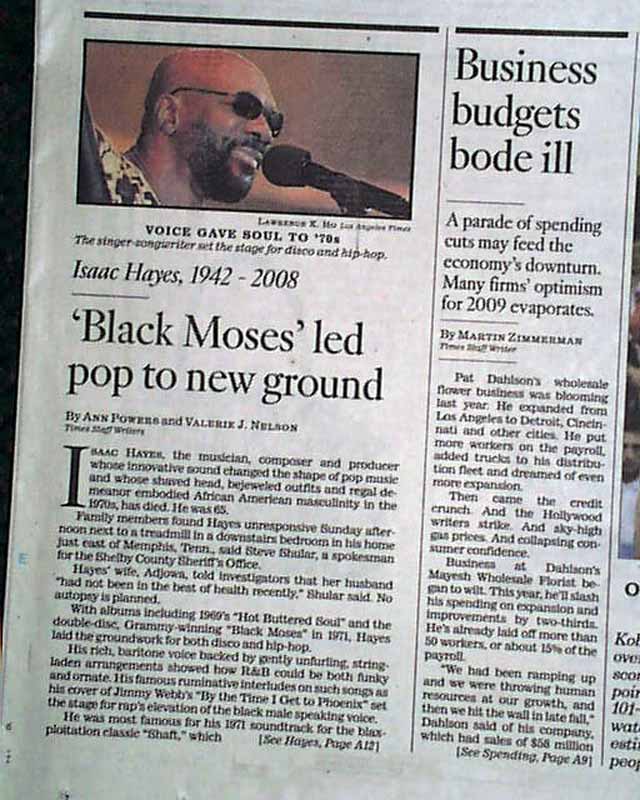 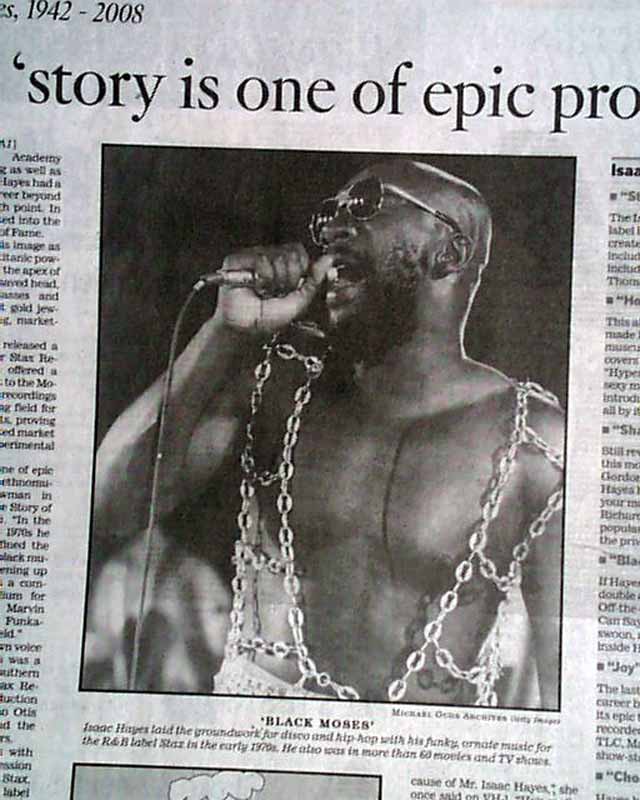 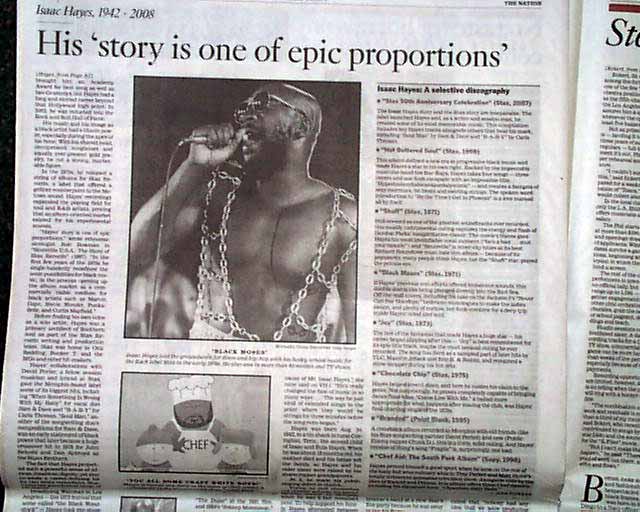 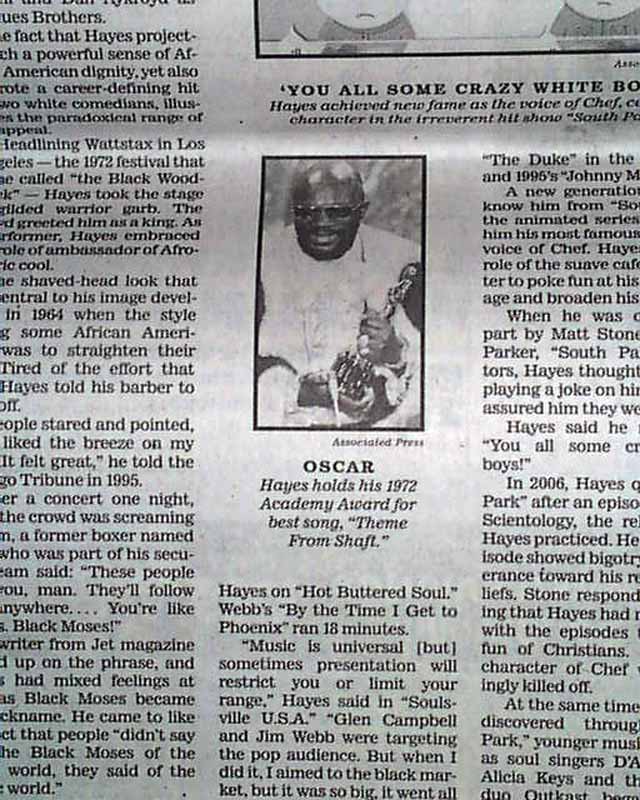 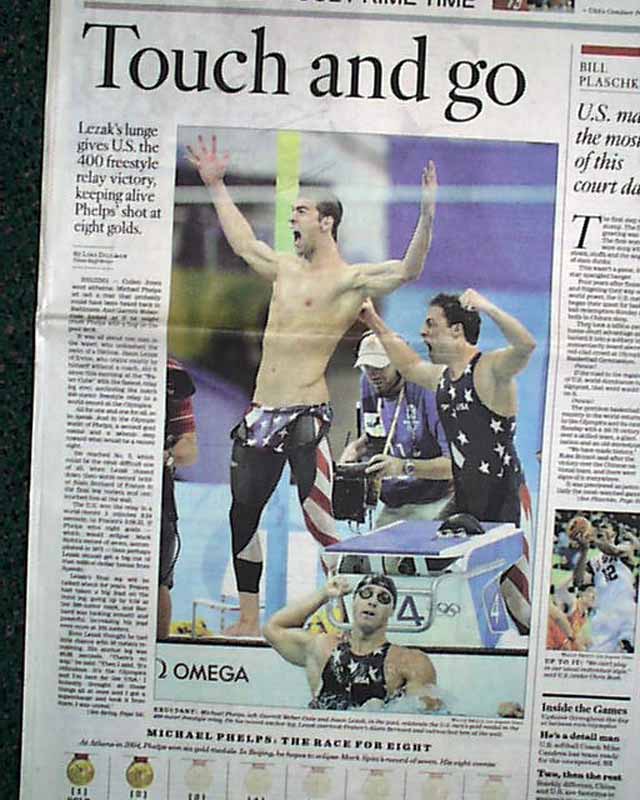 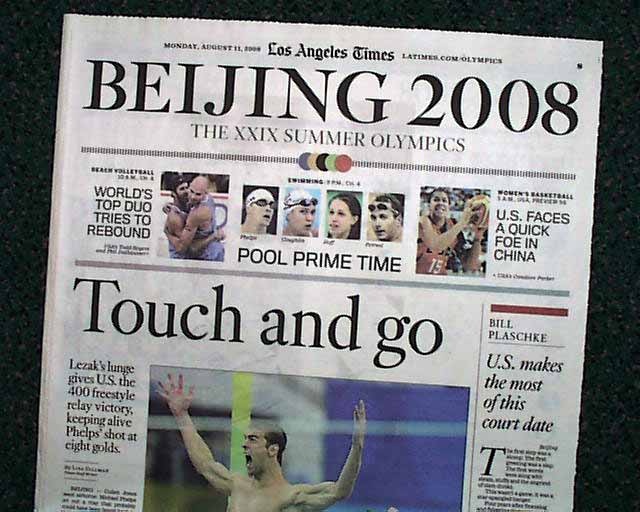 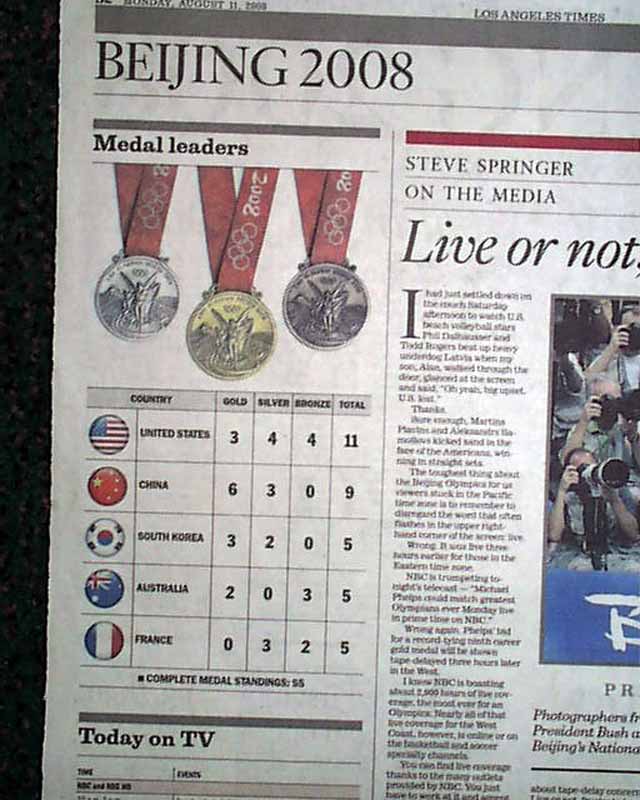 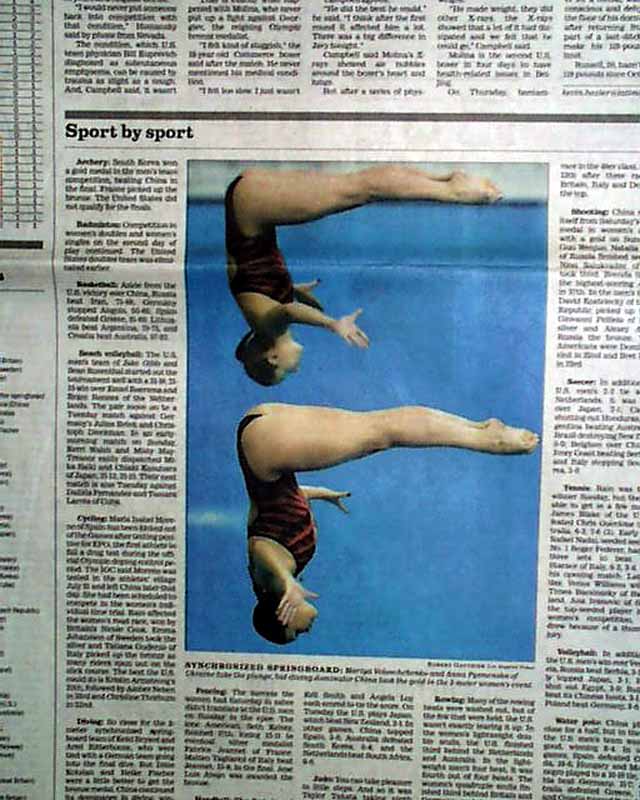 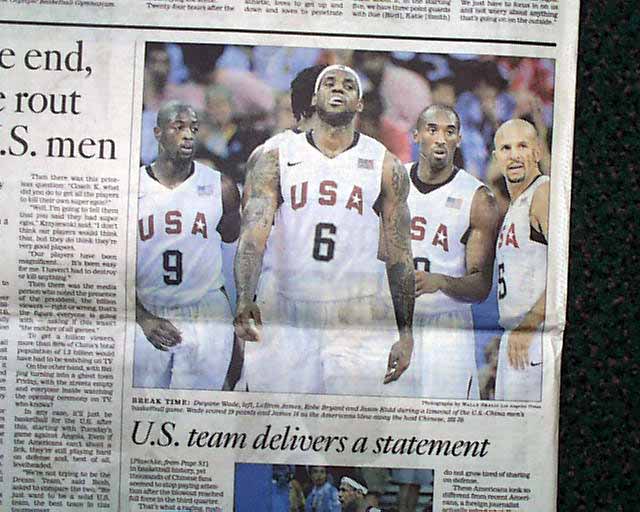 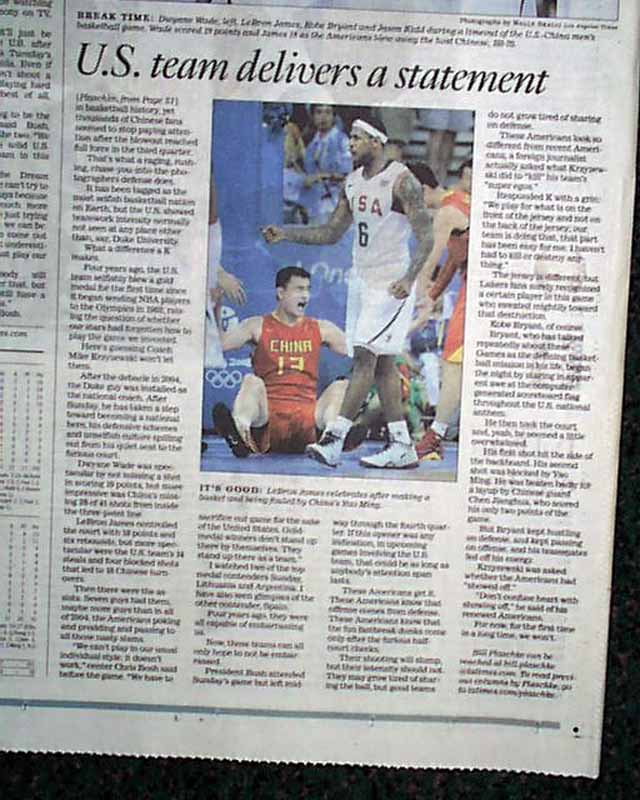 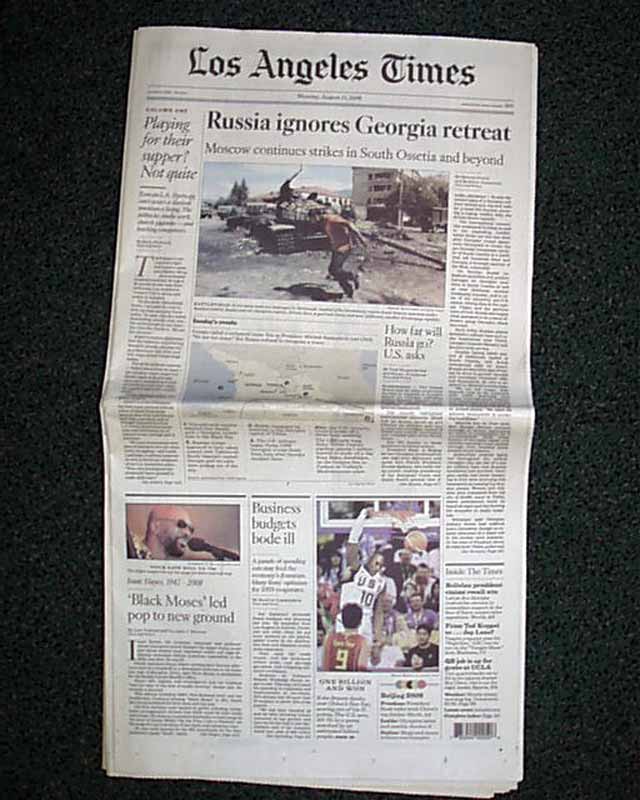